It would not be an exaggeration to say that the London Borough of Tower Hamlets is one of the most important places in the history and modernity of London. Located immediately to the east of the City, Tower Hamlets was initially developed as a part of the capital many centuries ago. During the height of the Colonial Era, ships departed and arrived here from all over the world, bringing goods and stories of the exotic and contributed to the economic boom that made the United Kingdom probably the greatest nation of its time. In more recent times Canary Wharf, the former West India Docks were developed into one of the biggest and most vital commercial and financial centres of the capital, second only to the City.

What Tower Hamlets is suitable for too however is being a nice place of residence for anyone looking to settle in the nicer parts of London and enjoy every positive bit of being here. There are many very nice residential districts spread across the territory of the borough of Tower Hamlets, but four of them really stand out and here we are going to tell you about them. 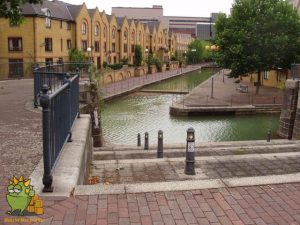 As one can easily deduce from the name, the district of Old Ford was originally the most downstream crossing of the River Lea. It was used even in pre-Roman times. Then, in the Victorian era, Old Ford became a thriving farming and market town. It was gradually incorporated into Greater London, and officially became part of the capital in the 19th century. There are many very nice properties from which to choose here, and licensed man and van services in Old Ford are not hard at all to come by, so your actual relocation to the district is not going to be a problem either.

Some of the best features in Old Ford at the present moment are the very good transport links, as well as the well maintained Victorian buildings that make up a bulk of the district’s housing. Following the 2012 London Olympics more and more regeneration projects have been commenced or at least proposed to be carried out here, so it is one hundred percent certain that life in the beautiful leafy district of Old Ford is going to become better and better in the decades to come.

Part of the Docklands that you will love to live at

Another place that will make you start looking for reliable man and van services Wapping has historically been part of the London Docklands for as long as those existed. Wapping suffered greatly by the bombings during WWII, and as a result most of the buildings here were either majorly redeveloped in the 1950s, or entirely demolished and new ones replaced them. Local landmarks include the St George in the East church, one of six Hawksmoor churches in London, as well as the so called Execution Docks on the River Thames.

Tower Hamlet’s best of the best 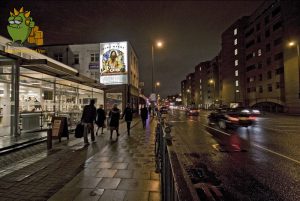 Limehouse E14 is deservingly one of the most celebrated residential districts in the London Borough of Tower Hamlets. Located relatively near to Central London – 3.9 miles away from Charing Cross, Limehouse among other things boasts a very extensive list of famous residents, past and present, including but not limited to:

And last but not least…

The fourth really great residential area in the London Borough of Tower Hamlets is Stepney E1. A medieval village that grew up to be much more, Stepney is an up-and-coming neighbourhood to use the real-estate term, meaning that gentrification is yet to come to the area. Good transport links, nice houses and apartment buildings and an abundance of amenities however are already present here, so if you are looking for a real bargain on the property you are going to get, and for it to be one that will only be increasing in value in the years to come, then Stepney is indeed the right choice for you.